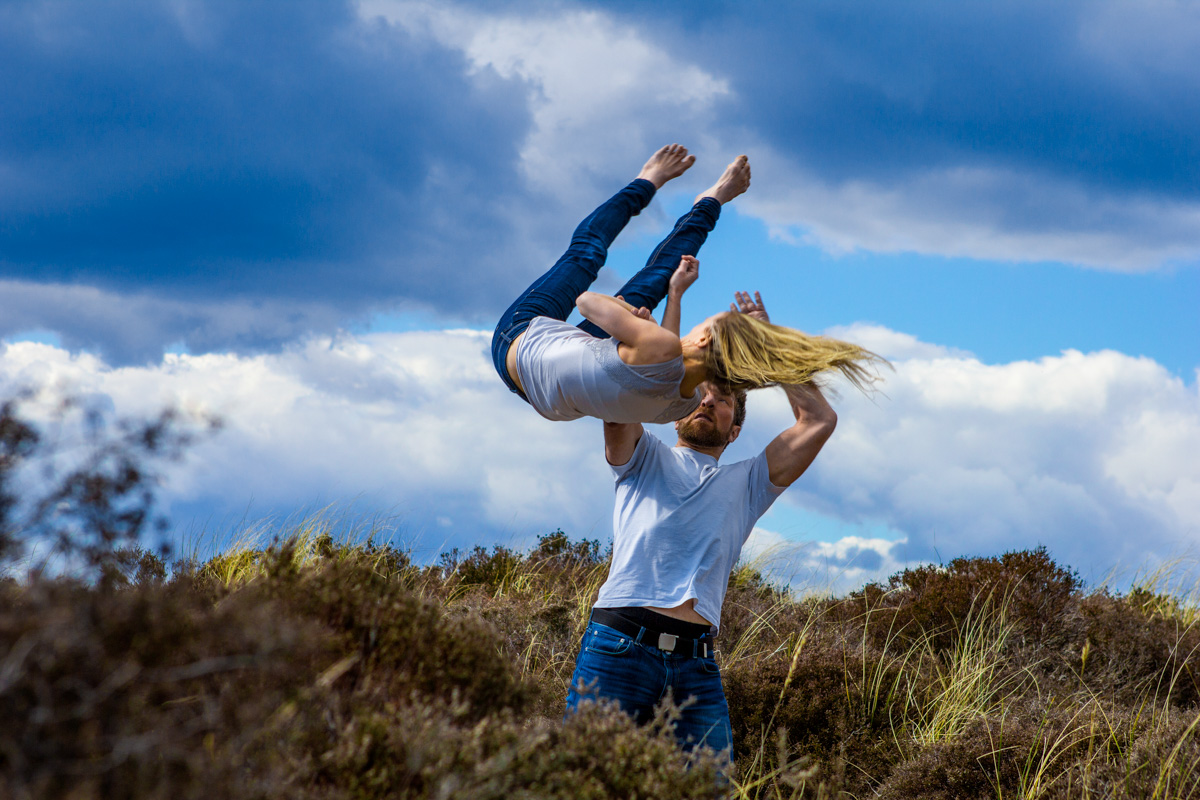 Established as a professional ensemble in 2011, Theatre Re has garnered a national and international reputation for creating world class, deeply moving, and visually striking poetic theatre.

The company’s name comes from the prefix re and symbolises its guiding principles: to rediscover, to reinvent and to reveal. Rooted in Etienne Decroux's Corporeal Mime, the company's productions use movement, music and design to communicate.

Since 2011 Theatre Re has created and toured five productions. The company has performed at 74 venues in 41 UK cities and toured internationally to 15 countries. The company were one of our Associate Artists in 2016/17 and have previously been an associate company at South Hill Park in Bracknell and Greenwich Theatre. Gravity & Levity are an aerial-dance company that creates cross art-form touring productions, led by Artistic Director Lindsey Butcher. With a portfolio of eight productions - spanning indoor and outdoor work - and two festivals, the company has formed an on-going partnership with The Point.

In August 2016, the European Aerial Dance Festival (EADF) - the company's world-class training course - moved from its home in Brighton to The Point, using the venue's spaces to host inspiring and intensive workshops for aerialists from around the world. In August 2019 the company presented the tenth annual EADF.

Lîla Dance is directed by Abi Mortimer, Carrie Whitaker and Dougie Evans. The company has a nationally-recognised portfolio of work and is currently an Associate Company at The Univeristy of Chichester.

Working with The Point through 2018-2022, the company plans to create new work across dance and film and redevelop their strategy.

Joli Vyann formed in 2012. Led by Olivia Quayle and Jan Patzke, the duo combines their experiences of working internationally across circus and dance to create cross-discipline work, blurring the boundaries of conventional dance, theatre and circus.

The company was an Associate Artist at The Point in 2013/14 and went on to form a strong rapport with the venue and its creative team, since being programmed to perform at outdoor arts festival Eastleigh Unwrapped and present work in the main house.

Together, Olivia and Jan tell engaging stories via beguiling acrobatic and athletic skills and graceful dance. Stuff and Nonsense Theatre Company are one of the country's leading family theatre companies. Led by Artistic Director Niki McCretton, the company has been in operation for more than 10 years.

The company has built a reputation with family audiences for creating quirky adaptations of classic family stories, using puppetry and song to enthral young people.

As an @HOME artist Stuff and Nonsense will strive towards developing an international audience, while delivering innovative outreach work and programming agendas.