Itchen for a laugh? The Point has it covered at the Country Park! 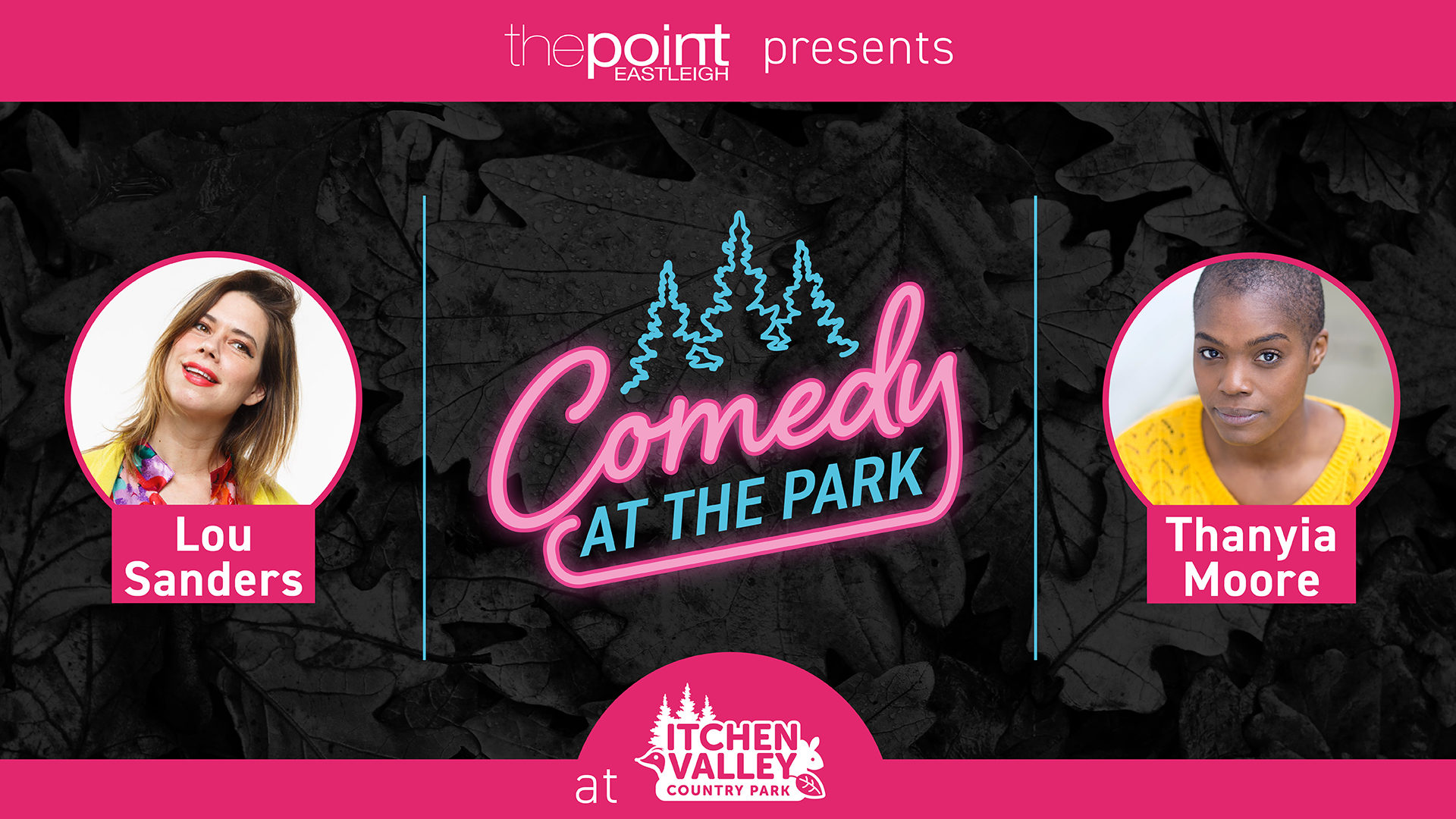 Shake off your lockdown blues with two rib-tickling nights of laughter under the stars this spring.

The Point Eastleigh and Itchen Valley Country Park have teamed up for a new series of outdoor events kicking off with two consecutive nights of live comedy, complemented by a BBQ and drinks from the park’s Woodland Cafe.

Bring along your own seating with a 'ticket only' deal or take advantage of the picnic bench and deckchair deals. The event will be managed in a COVID-secure way with a number of measures in place to ensure the safety of audience members.

We’re hoping to hear lots of laughing out loud as everyone enjoys live comedy and great food with their friends and family in the beautiful surroundings of Itchen Valley Country Park.

Previous Funny Women Champion Thanyia’s credits include Mock the Week, Comedy Central’s Virtual Fringe, Drunk Black History and The Dog Ate My Homework. She’s been performing since 2012 and as well as being the founder and host of her own comedy night Moore Laughter, she’s a regular at Top Secret Comedy, Angel Comedy, Glee Clubs and Hysterical Women.

Lou, one of Britain’s most original comedians, co-hosts Mel Giedroyc’s Unforgivable and has also appeared recently on television on programmes including The Late Late Show with James Corden, Live at the Apollo, QI, Would I Lie to You?, 8 Out of 10 Cats Does Countdown and Richard Osman’s House of Games. Her 2018 stand-up show Shame Pig was a huge success in Edinburgh and London, and she followed it with the similarly successful Say Hello To Your New Step-Mummy.

Giles Ward, Outdoor Event Manager at Itchen Valley Country Park said: “We cannot wait to welcome audiences safely and securely to the park for these evening events which will launch our exciting 2021 programme. We’re hoping to hear lots of laughing out loud as everyone enjoys live comedy and great food with their friends and family in the beautiful surroundings of Itchen Valley.”

Find out more and book your tickets

Next Call for musicians
View all news articles