Tickets now on sale for the 2020 Eastleigh Film Festival 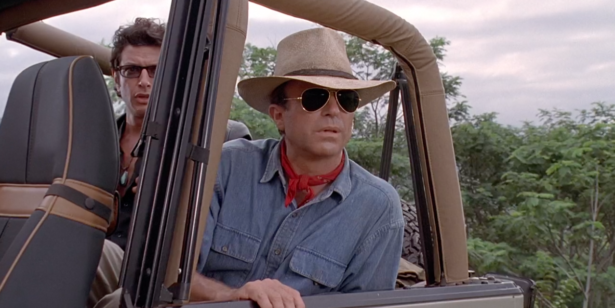 Tickets are now on sale for the 2020 Eastleigh Film Festival which will this year take the form of a drive-in cinema at Itchen Valley Country Park.

Audiences will be able to enjoy classic cinema from the comfort and safety of their own cars across three nights.

See Steven Spielberg’s blockbusting Jurassic Park on Friday 18th September. The film roared into cinemas during the director’s career-high 1993 (he won his first directing Oscar for Schindler’s List, made the same year) and became the highest grossing film of all time – until 1997’s Titanic sailed into view. Its once-pioneering special effects have largely stood the test of time and it has remained a firm family favourite.

On Saturday 19th September, it’s the turn of Sam Raimi’s cult horror sequel Evil Dead 2. The Evil Dead was screened in the woods as part of last year’s EFF line-up and this tongue-in-cheek sequel is one of those rare cases of a follow-up which is considered by many to be funnier and scarier than the original.

Eastleigh Film Festival was established in 2014 and since then screenings have taken place at unique and unusual locations across the borough with highlights from previous years including Top Gun at Southampton Airport and Hot Fuzz at Eastleigh’s police station.

Artistic Director at The Point Sacha Lee says: “We’ve always wanted to include a drive-in event as part of Eastleigh Film Festival, and now we can! We will miss working closely with local businesses and organisations this year in finding new fun and quirky screening spaces, but we’re enjoying working with Itchen Valley Country Park to bring our audiences an unforgettable drive-in experience that will not disappoint.”

Tickets are priced at £25 with a maximum of five people per vehicle and are limited to allow for safe social distancing at every screening. Food including pizza and chicken meal deals will be provided by Itchen Valley Country Park's Woodland Café.

To book and for more info visit the Eastleigh Film Festival website.